I have the official visitor information with figures of the most visited attractions in Barcelona. I have to say that I was surprised by the list, and I thought that maybe if people paid attention to this list and tried to squeeze in all these things on a visit, then they’d be leaving out what I consider to be some of the great sights. So I am also writing an article which is going to be my own personal top 10. This is not to discredit the official list, but just my own opinions, too. Here are the official ones:

1. Sagrada Familia. This is no surprise. The “holy family” cathedral is the unfinished masterpiece of Barcelona’s famous architect, Antoni Gaudi, and receives 2,056,448 visits per year. It’s the landmark of Barcelona, visible from the plane on the way in or out of the city. It was Gaudi’s only work towards the end of his life, and he is also buried in the same cathedral. Even if you think you will have no interest or that architecture does not interest you, go and see it. You cannot fail to be impressed and it’s well worth visiting the museum below where you can see models of what the finished article will be like – your jaw will drop, believe me. The people of Barcelona also hold it close to their heart and Gaudi wanted it to be the people’s cathedral. Apparently various corporations have offered to finish the work in a shorter time than the current progress (in itself a hot debate with estimates ranging from 40 to 80 years!) but Gaudi’s wishes have prevailed, and almost all funding is from the public and the profits from the other attractions bearing his name. 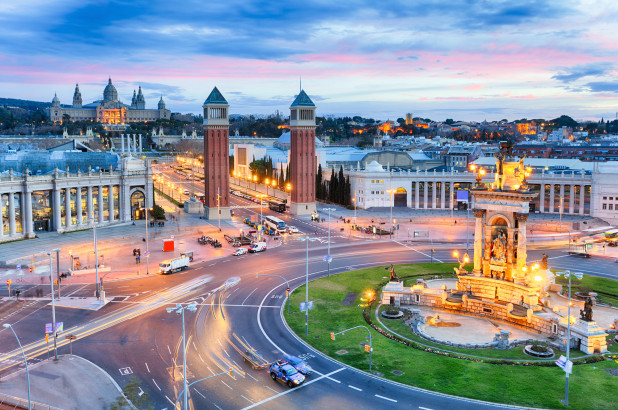 2. Number 2 is L’Aquarium de Barcelona with 1,375,271 visits per year. This was a surprise for me, but maybe is so high on the list as Barcelona is a great place to bring kids, and the Aquarium is also a great place to go with kids. It has a moving walkway with a glass tunnel which I suppose is the best attraction – the sting-rays and sharks swim above you.

3. Poble Espanyol de Montjuic with 1,346,938 visits per year. This was a purpose built “Spanish Village” with different streets representing the different architecture of the various cities in Spain, so you have little white sevillian houses next to the typical eaves and roofs seen in Valencia, etc. During the day there are many arty-crafty things going on, such as glass blowing and pottery and at night there are various restaurants and clubs, including one of Barcelona’s top night spots, Club D.

4. La Pedrera – Casa Mila. This is another great attraction with 1,133,220 visits per year. This strange building, also designed by Gaudi, is nicknamed “The Stone quarry” for the façade of shaped and cut large white stones which are unmistakeably Gaudi. The inside of the building has a period apartment with pieces of furniture also designed by Gaudi. The Attic of the building is a small museum paying homage to the other works of Gaudi with models, photos, slide shows and movies, but the best part is the rooftop. The rooftop looks down onto Paseo de Gracia, one of the most exclusive streets in the city, and also has the strangest chimneys you will ever see – very storm troopers from Star Wars. 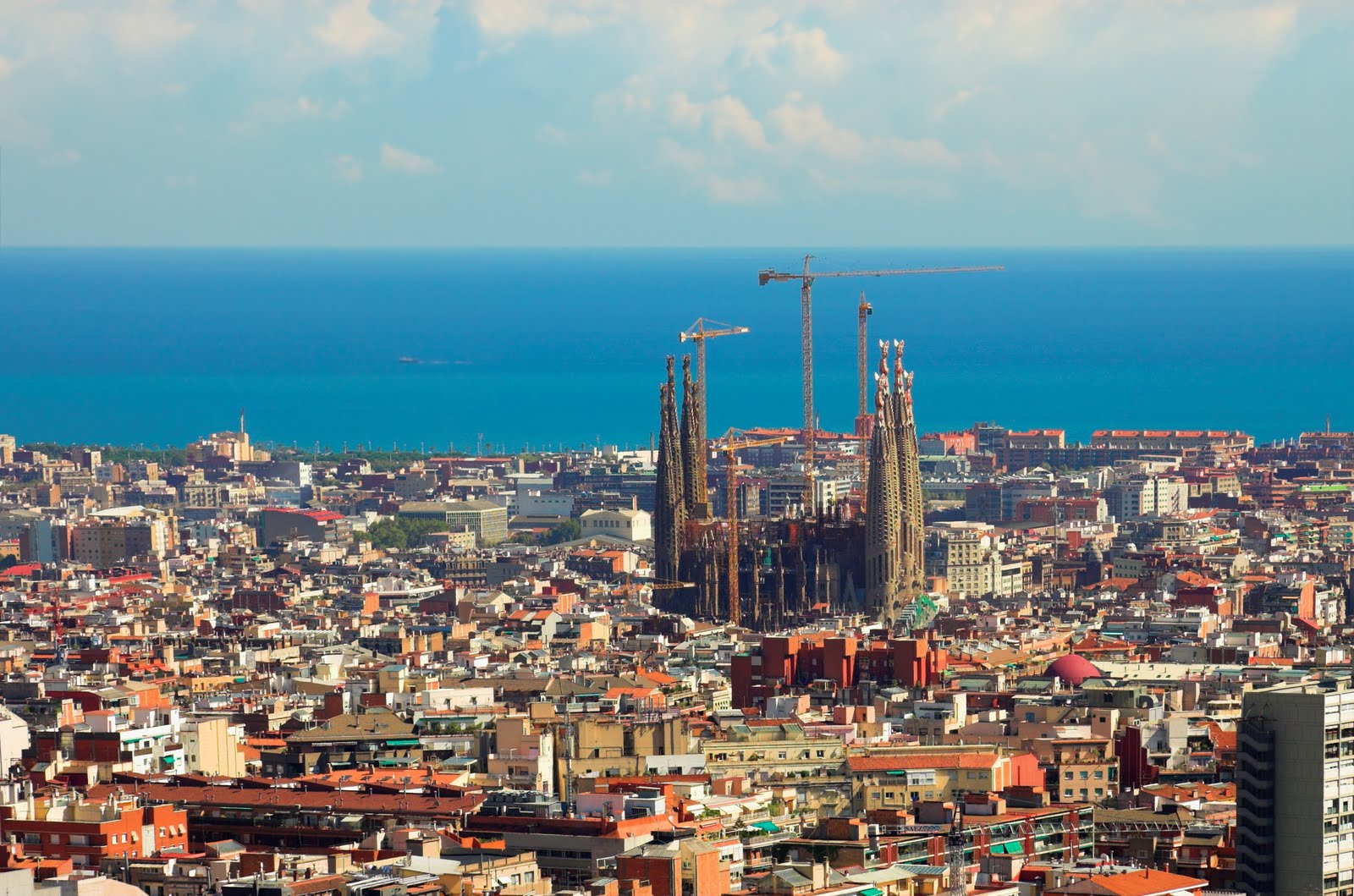 5. At number 5 is the Barcelona FC Museum with 1,032,763 visits per year. The Catalan club is an institution and the Barcelonans are so passionate about their football. The Camp Nou, or new camp is an amazing stadium – one of Europe’s largest, and also has the museum and huge shop below.

6. Barcelona Zoo with 1,015,000 visits per year. The city zoo used to house the world’s only albino Gorilla, Snowflake, which was the major attraction, but he died a few years ago. The zoo is still very big, and on a sunny day is a nice spot.

7. The Picasso Museum receives 887,958 visits per year. The famous Spanish artist has a museum located in the old town, with 3,500 pieces from the artist. 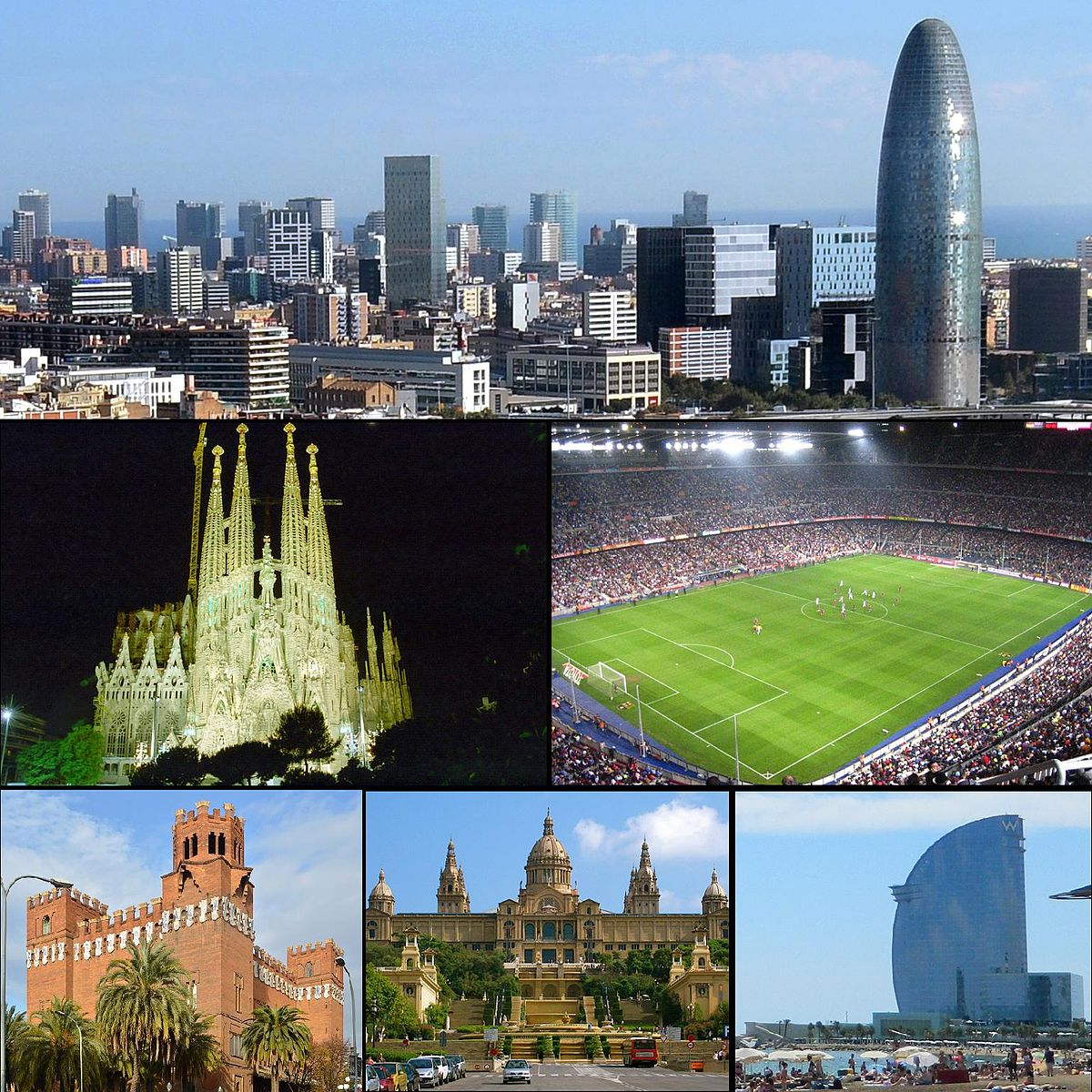 8. Barcelona’s Imax Cinema receives 671,512 visits per year. This was another strange one for me, as I have been to the Imax myself, and saw a 3D shark film and a documentary on Australia. Granted, the experience is well worth the entrance fee, BUT both screenings were in Spanish (and the following one in Catalan) and at the time, my Spanish wasn’t the best, so I just kind of switched off and watched the screen. I think more than one tourist would do the same!

9. Penultimate on the list is the Mir Museum with 518,869 visits a year. This museum has a great location, up on Monjuic mountain, very close to the cable car and the funicular, so it’s a logical inclusion here. The Catalan artist has been often imitated but never bettered and you will surely recognise at least one of his works, even if you think you know nothing about him before walking through the doors.

10. Finally we have the National Museum of Art of Catalunya MNAC which is housed in the beautiful palace at Plaça España above the Magic Fountains. 442,692 people troop through the huge installations at the palace and there’s no way to view it all in one go.

Where To Stay And Play In The Catalan Capital?